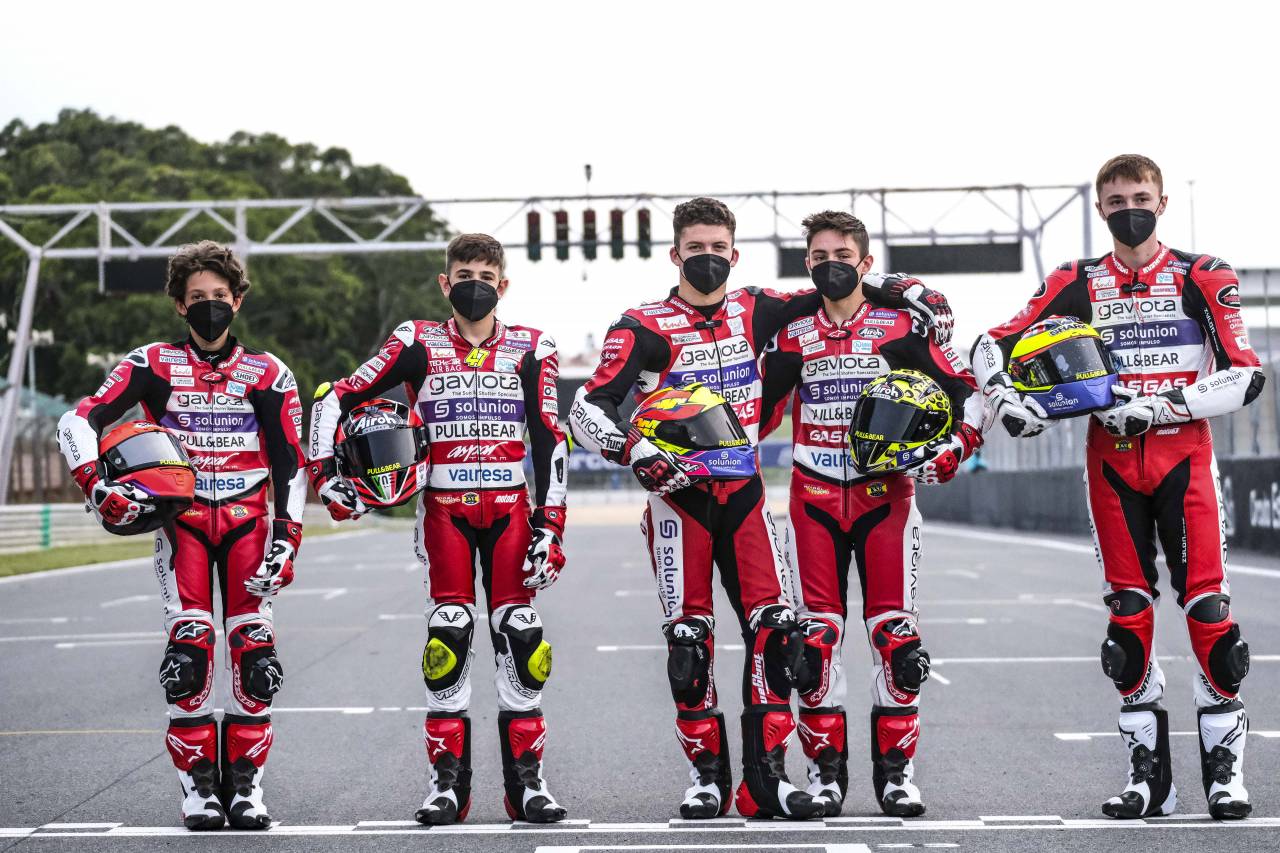 Aspar Team Junior continues to work with future champions in 2021

The Aspar Team Junior continues its work with the young riders and in 2021 it will keep training champions in the FIM CEV. The team, current Junior World Champion and European Talent Cup Champion, has five riders in the two categories that start a new season this weekend in Estoril (Portugal).

The GASGAS Aspar Team Junior has three riders ready to fight for big goals in the Moto3 Junior World Championship. Dani Holgado, fifth classified last season; David Alonso, 2020 European Talent Cup Champion and the new addition to the team, the British Scott Ogden, will be in charge of defending the Spanish brand in this new challenge. Holgado already knows what it means to get on the podium and will be looking to score victories this year in order to fight for the title, while Scott Ogden's goal will be to constantly fight for the front positions. David Alonso makes his debut in the category, but does so a few days after achieving a double win in the first round of the Red Bull Rookies Cup.

The first races for the Aspar Team Junior will be held on Sunday, with two races for the European Talent Cup riders (12.00 and 3.00 p.m., Spanish time) and another race for the Moto3 Junior World Championship riders, at 2.00 p.m. Previously, on Saturday they will complete two qualifying practice sessions to define the grid positions.

Daniel Holgado: “For this year we have a clear objective, which is to continue learning and improving. After last season I learned to remain calm in difficult moments and I have matured in that regard. Both the team and I have worked hard this preseason to achieve the best results. We have a good set-up and a good feeling with the GASGAS, I am looking forward to starting the first race.”

David Alonso: “We are starting a new season, with new challenges in the Moto3 Junior World Championship. We have had a good preseason, we have worked a lot, improving weak points from last year. We are ready to start. I want to learn little by little in the category, continue to progress and get closer and closer to the front group, but without pressure.”

Scott Ogden: “This pre-season has been amazing. Straight away I felt welcome within the team and was like a family atmosphere from the start. We made a couple tests and my feeling on the GASGAS was good. Very different to any other bike I’ve ridden, but it was a nice sensation. For this year my target is to finish in the top 6 in the championship and always be fighting in the front group of the race, I think this is realistic. Hopefully we progress quick and can get a podium finish towards the end of the year.”

Pol Solá: “I am very excited to be able to compete with the Aspar Team Junior. In preseason we did motocross and flat track, all the riders together, and a crash in one of those sessions has kept me at home for two months. I have worked hard to get to the first race stronger. I want to learn and try to fight with the leading group, without forgetting to enjoy it to the fullest and to take advantage of the experience.”

Edoardo Boggio: “I am very happy to make my debut with the Aspar Team Junior. For me it is already like a second family, I am very comfortable with the mechanics and with my teammates. In winter, with the tests we have done, I have been able to understand new things, to improve and to gain confidence with the bike. The championship will be of a high level, but I feel ready for the first race.”